In our continual effort to reduce carbon emissions across Rothiemurchus estate, we are using some innovative long-term approaches to capturing carbon.

We recently assigned 170 hectares (equivalent to 317 football pitches) for woodland creation, using natural methods to expand the ancient Caledonian Pine Forest. The project, regulated by the Woodland Carbon Code, will re-create woodland through natural regeneration of heather moorland that was used for decades to graze cattle. With no soil disturbance from ploughing or artificial cultivation, CO2 emissions are initially reduced by over 500 tonnes.

But as the trees mature over the next 100 years, the natural regeneration of the area should capture almost 17,500 tonnes of carbon. Native species like Scots Pine, Downy Birch, Juniper and Eared Willow should re-emerge. Indigenous species including Capercaillie, Red Squirrel, Black Grouse and Scottish Crossbills should also thrive. By expanding the UK’s largest remnant of Caledonian Pine Forest, these species will have a greater chance of survival in a large area of continuous forest. 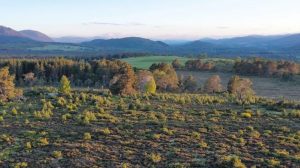 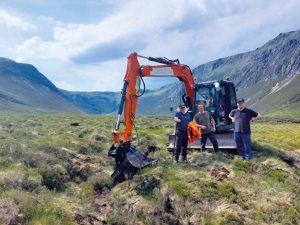 Peter is delighted with the progress of the plots and Rothiemurchus is planning the next phase of this peatland restoration work for this year, alongside the Cairngorms National Park Authority and Nature.Scot. 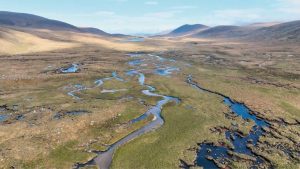