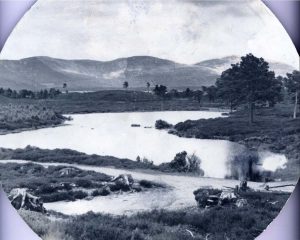 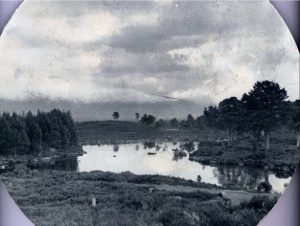 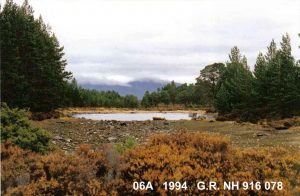 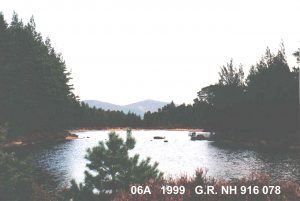 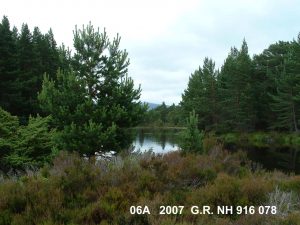 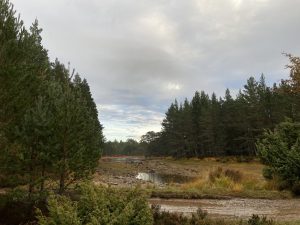 The Lochan Deo area was subject to a forest fire in the 1930s. Sometime later, sheep were grazed over the area, suppressing any trees that were trying to grow, preventing any regeneration. The sheep were removed in the 1960s and the area was able to recover. The trees that appear to be planted to the left of the Loch in the first photo, and the remaining pine trees scattered around provides a vital seed source to the surrounding area. The seeds, that are contained within the pinecones, are tiny and have a wing attached to help catch the wind. This seed source is also a vital seed source for red squirrels and crossbills among other species.

As some visitors may have seen this summer, Lochan Deo was empty of water due to the drought. The Loch is fed by groundwater and can take a long time to refill and the Loch has only just filled back up in the last month.